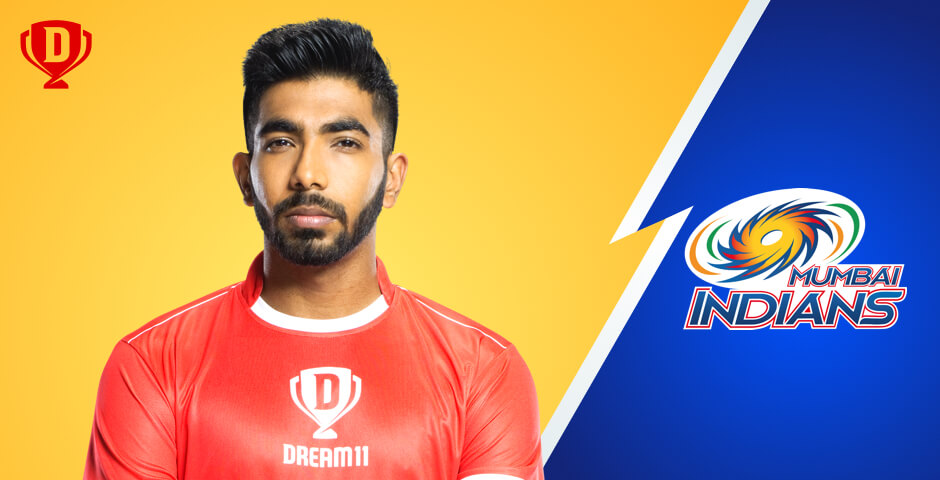 Jasprit Bumrah is now a household name and one of the nation’s favourites during any cricket match. He is India’s fastest bowlers currently, clocking in a speed of 145 kilometres per hour on the regular. He has made a place for himself in the hearts of millions of cricket fans, having stood out with his performances in all formats of the game. He made his test debut on January 5, 2018, against South Africa, his ODI and T20 debuts on January 23 and 26 respectively, both against Australia. He was only 19 years old when he first played for the Royal Challengers Bangalore in the IPL (Indian Premier League) in 2013. Although he had just a few matches in which to prove his mettle, he managed to catch the eye of the management and was roped in for IPL 2014 too.

Jasprit Bumrah’s bowling is legendary – he has a knack for executing in-swinging yorkers. His unorthodox bowling style makes him unpredictable to batsmen. During the 2018 India Test Tour of Australia, Jasprit Bumrah’s bowling speed peaked at 153.26 kilometres per hour, making it his fastest delivery. Jasprit Bumrah first played in the T20 format against Maharashtra in the Syed Mushtaq Ali Trophy, and was named the man of the match. He is also part of the Gujarat team for first-class cricket, having debuted against Vidarbha in October 2013; here, he bagged the most wickets with a total of seven dismissals.

All of 26 years old, Jasprit Bumrah’s age is not a factor when it comes to his breaking cricketing record after record. If you are his fan and want to know more about his strengths and international cricket career high points, the following list will come in handy:

Jasprit has also contributed significantly to the domestic cricket scene in India – here is a look at his top moments:

Jasprit’s IPL career took off when John Wright spotted him during his Syed Mushtaq Trophy performance. The following are his best moments in the league:

Dream11 – Where Cricket is More Than Just an Idle Pastime

Dream11 is in partnership with top sports leagues from around the world, including the NBA, Hero CPL, IPL, Vivo Pro Kabaddi, and others. With us, you can be sure of:

Once a Dream11-er, always a Dream11-er – come create your very own fantasy cricket team with Jasprit Bumrah and other cricketing favourites on the eve of a big match and stand to win big based on its real results.