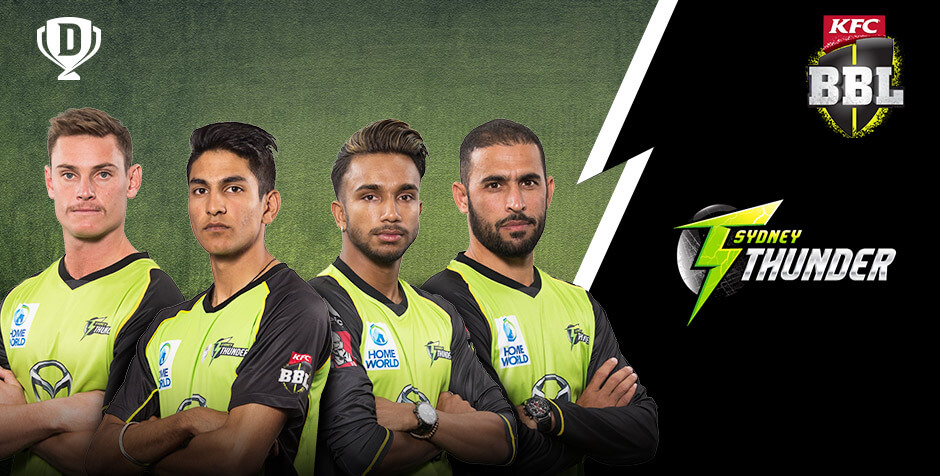 Sydney Thunder – Unstoppable on the Field

The Big Bash League can be seen as Australia’s answer to Indian Premier League. The Twenty-20 domestic cricket tournament was the brainchild of Cricket Australia and had its first outing in 2011. It is headlined by eight city-based T-20 cricket teams and has had eight exciting seasons so far. It takes place between December to February and has had five out of the eight teams emerge as the title champions. KFC (Kentucky Fried Chicken) has been the title sponsor since season one. Big Bash League follows a round-robin or turnaround match format; Australians are encouraged to be part of the ‘community’ of their favourite team and support it by coming to as many matches as they can.

The Sydney Thunder squad has an exciting lineup of players, many of whom are recognised in the international cricketing world. Read on to know more about the BBL career-high points of the Sydney Thunder players:

At Dream11, you can win big in fantasy practice and cash contests based on the Sydney Thunder scorecard in a real match. Here’s how:

So, make sure you follow the Sydney Thunders fixtures and plan your next move for the various fantasy practice and cash contests on Dream11 now. You have the chance to beat many at fantasy cricket on Dream11.