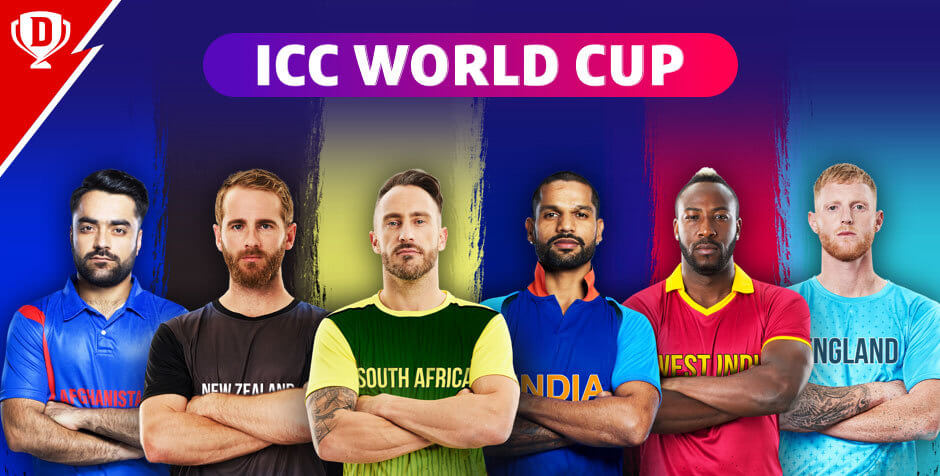 The champions and the challengers of the ICC World Cup 2019

Every four years the biggest cricket names and teams in the world gather to battle it out for the most coveted trophy in the sport. The ICC World Cup is the pinnacle of competitive cricket and winning the title ensures the highest glory and a great honour to the team. The ICC Cricket World Cup 2019 once again brings together the titans of the game and feisty challengers who will give it their all to reach deep into the tournament. The Australian, Indian, England, South Africa, Pakistan, and Sri Lankan team has for long been the stalwarts of the sport. Team Australia has stayed strong, whereas Team India, England, and Sri Lanka is sure to give tough competition during the ICC World Cup 2019.

As the ICC Cricket World Cup 2019 venue, England and Wales shall play host to the nine visiting teams and will see all teams play each other once at the group stage. As the spectacle draws close, it's time to brush up on your cricket quotient with details about the game’s champions.

The Challengers Race To The Title:

After talking about the individual strengths of the team, let us have a look at some of the statistics highlights of the teams playing in the ICC World Cup 2019.

So, follow the Cricket World Cup 2019 schedule as the world gets ready for a summer of top-notch cricket action. Will it be Englands’ year for the title? Or will be another feather in the cap of the past champions. Whatever you do, don’t miss out on the cricket scores this season.

Put your sporting passions to the best use and live every match to the fullest like you were part of the game. Immerse yourself in all the action of the ICC cricket world with your own fantasy team on Dream11, the coolest online fantasy sports platform. Here, you are set to score some cool winnings as you select your team before every match and follow the ICC cricket live score. Stay in sync with the World Cup 2019 schedule so you never miss out on a vital match. Sharpen your strategy skills with the many contests especially the mega contests. Finally, don’t miss out on the hottest online sports strategy platform as the cricket fever grips the world with the ICC World Cup 2019!