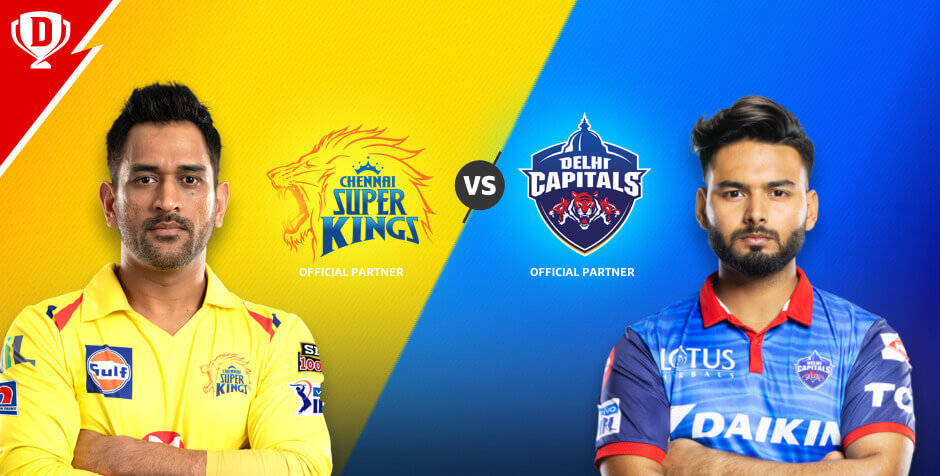 The IPL has for long brought together teams and has set the stage for epic battles. The Chennai Super Kings vs Delhi Capitals (formerly known as Delhi daredevils) match is one such clash between two extremes. On paper, the winner is clear but things can change quickly on the pitch and as we know it, the Indian Premier League is full of surprises. The Delhi Capitals squad comes into the 2020 season with a refreshed branding and a great selection of new players.

The Chennai Super Kings have retained their core members but also brought in a few new faces. The 2020 Chennai Super Kings vs Delhi Capitals match will be a duel between a seasoned champion and a hungry challenger. We take a closer look at the two teams to see what we could expect from the DC vs CSK battle.

Will the CSK squad fly straight to the finals for yet another season or will they face roadblocks along the way? The new Delhi Capitals team most certainly has a few tricks in the bag and will fight for every run in the Chennai Super Kings vs Delhi capitals game.

The excitement of IPL fantasy matches with Dream11:

The 2020 season of the IPL is set for another season of nail-biting thrillers and exciting displays of cricket. Get in the game and live each match like you are a part of it. If you love strategy, then here is your chance to play the role of team manager. Get started on Dream11 and select your set of key cricket players before every game, save your team. Once the match begins, sit back and catch the Chennai Super Kings vs Delhi Daredevils live score to see your fantasy team score great winnings. Win points for every good selection and score some cool winnings with every game. You could also sharpen your skills with the range of free contests and mega contests. So, come and experience the coolest online fantasy cricket experience only on Dream11!