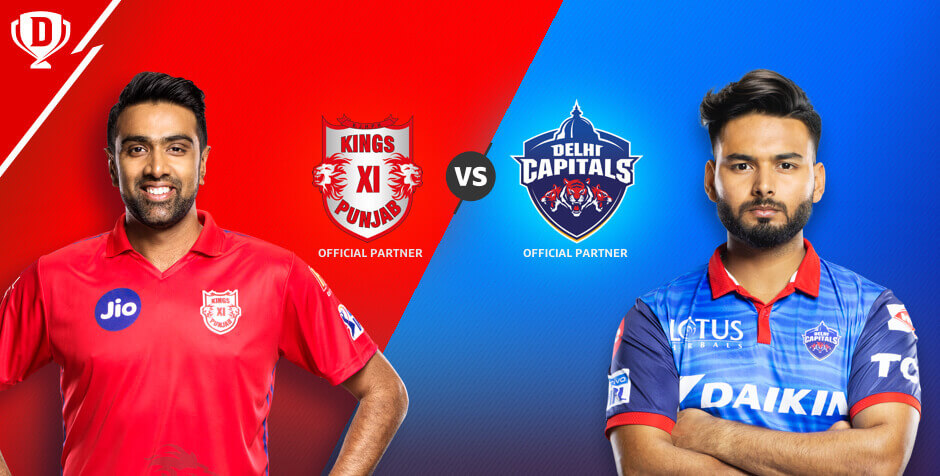 The Kings XI Punjab vs Delhi Capitals IPL matches have always been huge crowd pullers with the teams fiercely competitive spirit on full display. The former is owned by Bollywood star, Preity Zinta, business magnate Ness Wadia and Mohit Burman, among others. The PCA Stadium in Mohali is their home ground. The Delhi Capitals were originally known as the Delhi Daredevils. They belong to Kiran Kumar Grandhi of the GMR Group and Parth Jindal of the JSW Group. The Feroz Shah Kotla Ground in New Delhi is their home turf.

Both teams have numerous top-performing International and Indian cricket players, including batsmen, bowlers and all-rounders. This makes Kings XI Punjab vs Delhi Capitals matches one of the most watched clashes. While Ricky Ponting is the coach and Shreyas Iyer the captain of the Delhi Capitals, Anil Kumble is the coach and KL Rahul, the captain of the Kings XI Punjab.

If you are a die-hard fan of either the Kings XI Punjab or the Delhi Capitals and live for some gripping cricketing action courtesy DC vs KXIP matches, the following fun facts will blow your mind:

Dream11 Takes Fantasy Cricket to the Next Level:

Dream11 lets you use your obsession over the Delhi Capitals vs Kings XI Punjab rivalry to your advantage. Next time there is a DC vs KXIP match, you can pick your fantasy cricket team on Dream11. The Kings XI Punjab vs Delhi Capitals live score will then determine how well you do in our fantasy cricket matches. Your updated fantasy scorecard will decide how much real cash you stand to win. You can even participate in practice matches before trying your hand at the big leagues for money. Let your love for the swashbuckling KXIP vs DC rivalry guide you – become a fantasy cricket champion on Dream11 today!