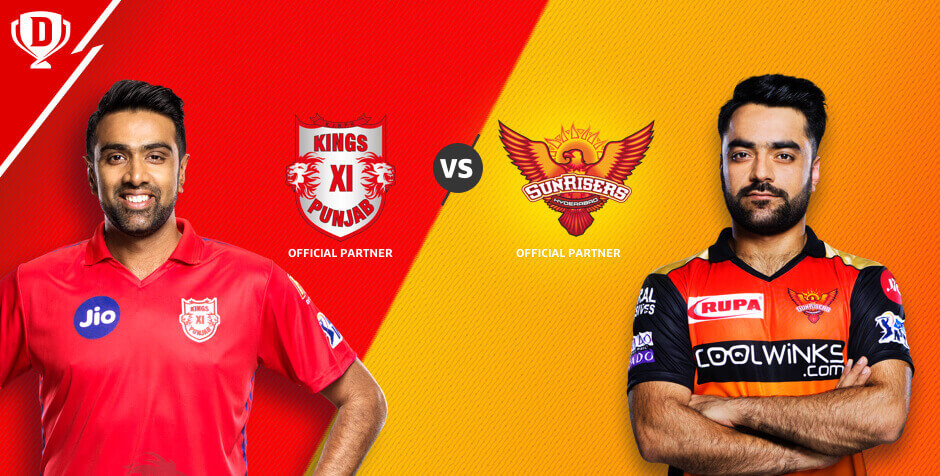 Kings Xi Punjab vs Sunrisers Hyderabad - A Must Watch Match

The Sunrisers Hyderabad vs Kings XI Punjab game will be an interesting watch as the veteran Punjab squad goes up against the rather new SRH team. The Sunrisers Hyderabad team made their first official IPL appearance in 2013. The impressive debut performance saw them reach the playoffs and finish the season in a respectable fourth place. The following year, however, the Hyderabad squad dropped to sixth place while the KXIP team had their all-time best finish in second place.

The KXIP have since then failed to replicate this form whereas the Sunrisers played every game right to reach the finals and win the championship title in 2016. This makes the Kings XI Punjab vs Sunrisers Hyderabad clash a test of two highly competitive underdogs with a serious potential to surprise. So, let us take a closer look at what the IPL SRH vs KXIP battle of 2020 holds.

Things you need to know about the Kings XI Punjab vs Sunrisers Hyderabad match:

Coming into the 2020 season, the SRH will be picking up from a fantastic year where they finished as runners-up. The KXIP finished in a disappointing sixth place last season and have a lot of work to do if they want to improve their IPL scores. Here are some players that can make a difference for their respective team in upcoming Kings XI Punjab vs Sunrisers Hyderabad matches.

The Hyderabad team is primarily the same as last year. But the KXIP squad will see many new faces in the 2020 lineup. So, follow the SRH vs KXIP live score for an exciting contest between two of the most promising teams in the Indian Premier League.

The 2020 season of the IPL has many new surprises in store. With many changes in lineups and the introduction of new cricket players, the season is wide open for a potential new champion. So, if you’re a fan of sports strategy, now would be the right time to test your skills with Dream11 and stand a chance to win some cool winnings. All you have to do is select your key players before every match and save your team before you catch the IPL SRH vs KXIP live score. Whether you sharpen your skills with the various contests or invite your friends to a friendly match, enjoy the coolest fantasy cricket experience with Dream11 this season.