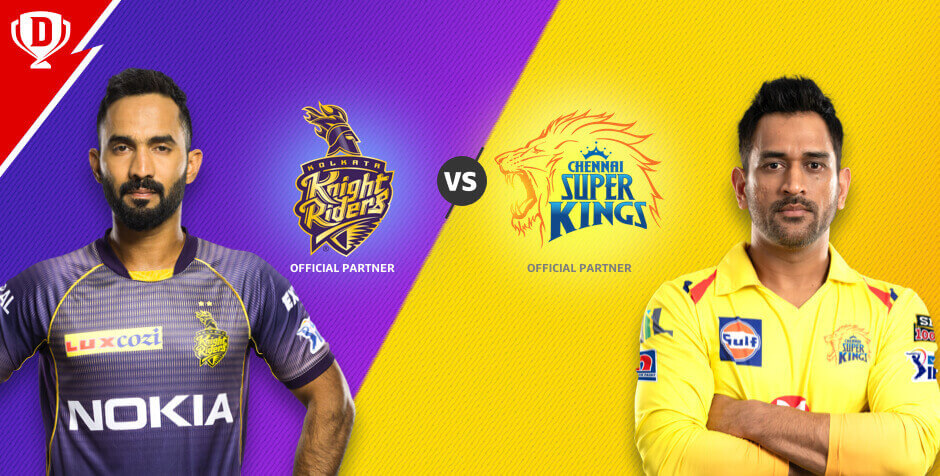 We all love comeback stories and the two teams here have an incredible IPL story of their own. Over the years, Kolkata Knight Riders vs Chennai Super Kings matches have been proven to be a battle between two of the most persistent teams in the league. The Chennai Super Kings have forever been a dominant name in the IPL but the Kolkata Knight Riders had to really work their way up to the top. Today the CSK is arguably the most successful team in the IPL while KKR has built a reputation as worthy challengers. Coming into the 2020 season, we see a considerably strong line up from both teams.

On a closer look, the CSK vs KKR head to head is an unbelievably close battle. While the CSK leads the KKR in this respect, the margin is not very strong. The CSK starts season 13 as the Runner up while the KKR have had few consecutive third-place finishes in the past. Hence, it would be interesting to see the new lineups and explore what the CSK vs KKR scorecard could look like in future matches.

Levelled with the Mumbai Indians as one of the teams with three titles, the CSK will be looking to take the lead this season. Standing in their way will be the KKR who are looking to join that exclusive club of three-time champions. This makes for an interesting duel during Kolkata Knight Riders vs Chennai Super Kings matches in the Indian Premier League. Here are some of the players one should keep an eye on:

The KKR vs CSK match sees a duel between two teams that have incredibly strong lineups. Hence, it’s hard to point out a weak link and this is what makes Chennai Super Kings vs Kolkata Knight Riders games, one of the most exciting contests of this Indian Premier League season.

The 2020 edition of the IPL brings up some of the best cricketing action with some incredibly strong teams. Teams have never looked so closely matched in terms of cricket players and this season is set to surprise us with some new names on top and possibly a new champion. If you’re a fan of fantasy cricket, then get started on the official Dream11 or fantasy cricket app today. All you gotta do is select your team of players, save your team and enjoy the IPL CSK vs KKR live score to follow your progress. With numerous cash and mega contests to choose from, invite your friends to a challenge or go solo against hundreds of fellow Dream11 users. On Dream11, fantasy cricket reaches new levels of fun and excitement. So sign up now!