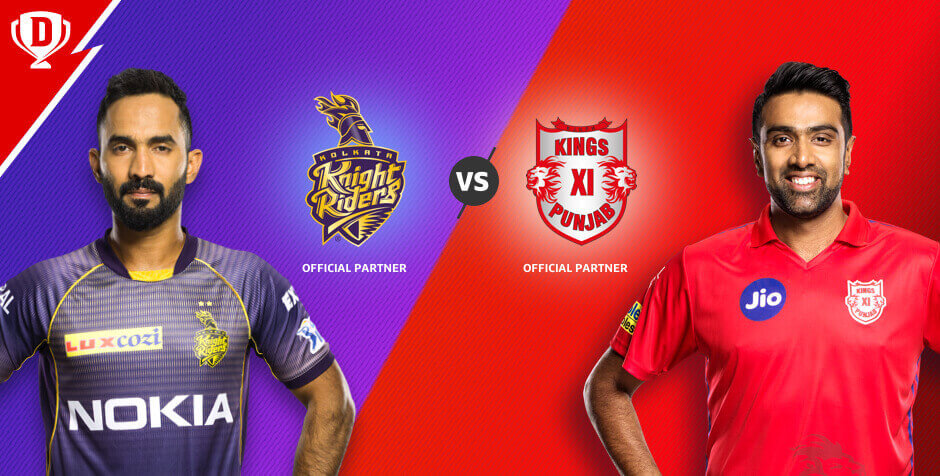 The Kolkata Knight Riders vs Kings XI Punjab match is a clash between two teams from extreme ends of the country. The Kolkata Knight Riders are the more dominant team on paper, thanks to their two championship titles. Whereas, the KXIP is a team that has performed well at the IPL but somehow never managed to make it to the end of the season. Not going by the numbers of previous seasons, we look forward to seeing what’s in store for the 2020 season. The auction for the IPL season thirteen saw most teams making massive changes to their lineup of players and KXIP is one that made some big buys.

Past records of Kolkata Knight Riders vs Kings XI Punjab matches sees KKR leading the tally by a substantial margin. Coming into the 2020 season, the fight may be a tight one as KXIP are bringing up one of their strongest lineups till date.

Top 3 Players of KKR vs KXIP:

Kings XI Punjab brought in nine new players for this season and retained only their key performers. On the other hand, KKR brings in nine new players, strategically strengthening all aspects of their existing team. So, let us have a closer look at the players who will dictate the play at the KXIP vs KKR match this season.

These two teams have met each other at the finals in 2014 and the KKR won on that occasion by three wickets. The KXIP will be looking to avenge this loss and this will make watching the Kolkata Knight Riders vs Kings XI Punjab live score an exciting watch.

The 2020 season of the IPL will surely present to us many surprises in matches like those of Kolkata Knight Riders vs Kings XI Punjab. With the excessive shuffling between players at the auction, we might just see some new challengers and contenders. But what you need to be concerned about is the fact that you can play fantasy IPL matches on Dream11 now. So, before you sit back to enjoy the KKR vs KXIP live score, select your players and save your team before every game and stand a chance to score some cool winnings for your selections. You could also invite your friends to a friendly challenge or sharpen your skills with the solo contests and mega contests. Hence, get right into the action with Dream11 and make every IPL match exciting.