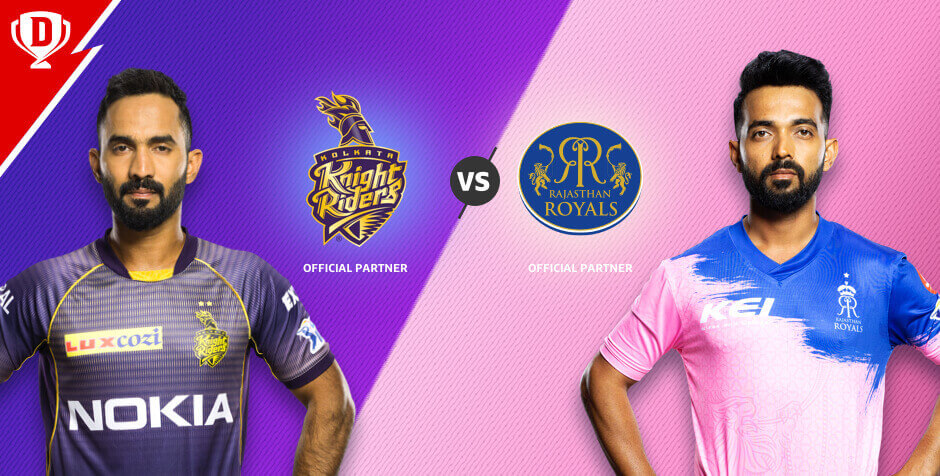 Kolkata Knight Riders vs Rajasthan Royals - A battle of the best

The glory of old victories fade fast and the titles and scores don’t matter much if you aren’t at the top of your game at all times. This is the story so far as we head into the 2020 clash of the Kolkata Knight Riders vs Rajasthan Royals. Both teams are past champions of the IPL but it's been a long time since either of them have won the title. Till last year, Rajasthan Royals lead the KKR vs RR head to head score but this changed last season & both are now at even on head to head battle. While this statistics will boost the confidence of the Kolkata squad, things may not be so simple. The Rajasthan Royals made big changes to their lineup for 2020 and look ready for a real challenge this year. On the other hand, KKR has also made some strategic changes to their team to fine tune their performance.

The KKR vs RR scorecard will be one to watch because last season these two teams finished just outside the top two. KKR finished fifth while RR finished Seventh. So, let us take a closer look to see what the new season has in store and the key players from each team who will make the biggest impact.

Top 3 Players of KKR vs RR:

While the core of both teams remains the same, it is the introduction of a few talented youngsters and some international stars who will add to the excitement in the upcoming season of the Indian Premier League.

The RR vs KKR competition gets closer this season and it’s the new names that will make all the noise this season. Gear up for some thrilling chases and spectacular scores in the KKR vs RR match.

The 2020 IPL sees almost all teams built up for the challenge like never before. If you love sports, then here is your chance to play team manager. Dream11 is the coolest fantasy cricket online platform. All you have to do is select your team before every match and sit back and enjoy the KKR vs RR live score. By building a powerful team on Dream11, you can stand to score some cool winnings and progress your way forward as the season advances. You can choose to hone your skills with practice matches or go competitive in cash contests. In short, an amazing fantasy cricket experience awaits you on Dream11.