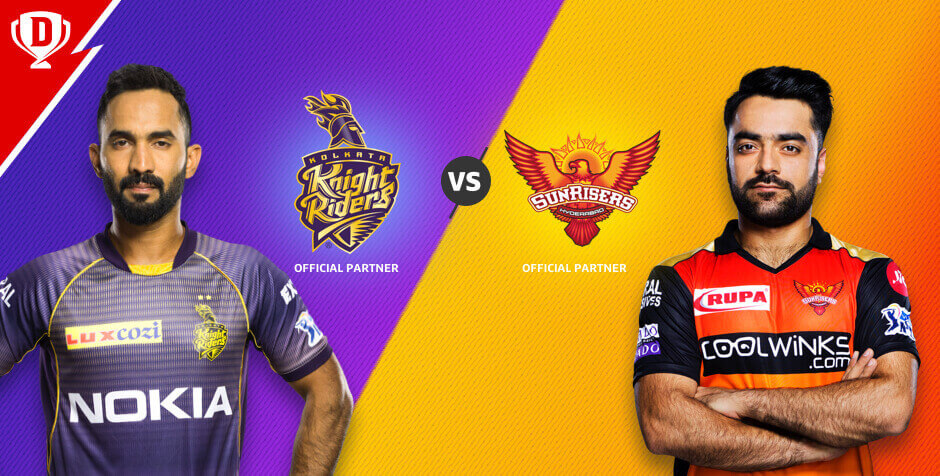 Kolkata Knight Riders vs SunRisers Hyderabad - A battle of challengers

At three titles each, the Chennai Super Kings and the Mumbai Indians are arguably the best teams in the Indian Premier League. Their rivalry is a strong one that has seldom faced a challenge from other teams. This was changed when the KKR reinvented their approach and won two titles. Another new challenger stepped into the game in the form of Sunrisers Hyderabad. The team from the south made it clear that they were here to win from day one and quickly climbed up the ranks to win the IPL championship in 2016. Speaking of challengers, the KKR and SRH squads have proved their mettle in the past by challenging the mighty Chennai Super Kings and Mumbai Indians to win the championship. Hence, the Kolkata Knight Riders vs Sunrisers Hyderabad match is a battle of the challengers and a must watch for all cricket fans.

Coming into the 2020 season, the Sunrisers Hyderabad vs Kolkata Knight Riders matches will see the two teams competing to reserve their places in the qualifiers. A fourth-place finish for SRH and a fifth-place finish for KKR last year sees the two teams feeling highly motivated to prove their worthiness this season. Let us take a closer look to see what the Kolkata Knight Riders vs Sunrisers Hyderabad live score has in store for the fans this season and what makes these two teams such good performers.

Top 3 Players of KKR vs SRH to watch out:

The SRH made their first official entry into the IPL in 2013. Since then, the Kolkata Knight Riders vs Sunrisers Hyderabad head to head sees the KKR lead the tally by a good margin. Here are some of the key players to look forward to in both teams:

Both teams have put on spectacular displays of cricket in recent years and we expect to see that same brilliant form going forward. The KKR vs SRH scorecard will be influenced by a variety of factors including big batting totals and calculate bowling strategies. As these two teams race to the finals, make sure you catch the KKR vs SRH live score this season.

The IPL 2020 season will be a close battle of multiple teams, as the KKR look to win their third championship title. On the other hand, the SRH squad will be looking to win their second title to tie with the KKR. If you love sports strategy, then you can be in the centre of this exciting SRH vs KKR rivalry with your own fantasy cricket team on Dream11. So, get started on the official Dream11 website or fantasy cricket app today and select your key players before every match to score some cool winnings. You could also sharpen your skills with a wide range of practice matches and mega contests or invite your friends for a friendly challenge. In short, you will find everything you need to experience the coolest fantasy cricket experience on Dream11!