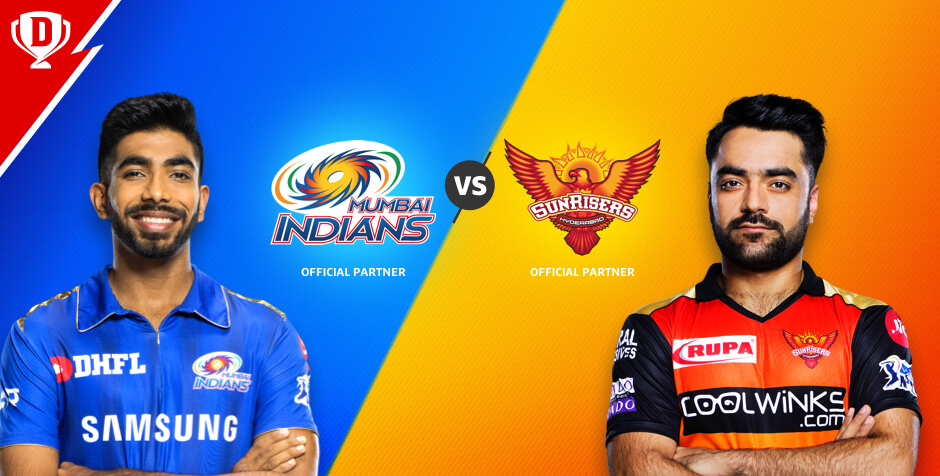 A clash of champions is must watch for all sports fans and that’s exactly what is anticipated from the Mumbai Indians vs Sunrisers Hyderabad match. Coming into the 2019 season of the IPL, the Mumbai Indians never fail to bring in their tremendous warrior spirit and are always open to a challenging contest. The Sunrisers Hyderabad are worthy title chasers and as runners up from last season, they will be looking to win the title for the second time. The MI vs SRH prediction for season 12 is a hard one to crack as both teams are matched very closely in terms of overall performance. Mumbai Indians have a proven record in the IPL, where SRH have shown everyone their they can go toe to toe with the biggest teams in the Indian Premier League.

The Mumbai Indians vs Sunrisers Hyderabad match of 2019 will be an interesting game to see how the two teams battle it out. At the players auction, the Mumbai Indians made some careful purchases this year while the SRH played it safe by picking up three capped players. So before we watch the IPL live score of MI vs SRH, let us have a look at the two squads to predict what the MI vs SRH scorecard could look like this season.

The MI squad as a unit is among the most well-rounded teams in the IPL. The mix of youngsters and seasoned professionals make Mumbai Indians a tough opponent. On the other hand, the SRH squad are classic underdogs of the IPL with enormous potential. To know more about the team’s strengths, here are some of the key players from both teams:

The Sunrisers Hyderabad vs Mumbai Indians head to head is a close one but the SRH have finished on the victorious side in the last few years. For the MI squad, this includes a defeat at their home ground in season 11. The IPL SRH vs MI score will see the Mumbai squad looking to avenge their losses and race ahead for their fourth championship title.

The excitement of IPL with Dream11

Sports strategy lovers plenty to say about the coolest online destination for fantasy cricket. On Dream11, you play the role of team manager and score points for building a strong team for every match. So, before you catch the Sunrisers Hyderabad vs Mumbai Indians live score, head over to Dream11 and make your picks for the key players in this match. Also, use the opportunity to sharpen your skills with various contests and mega contests. You also have the option to invite your friends to a challenge because, the more the merrier. So, get started on the official Dream11 website or mobile app today!