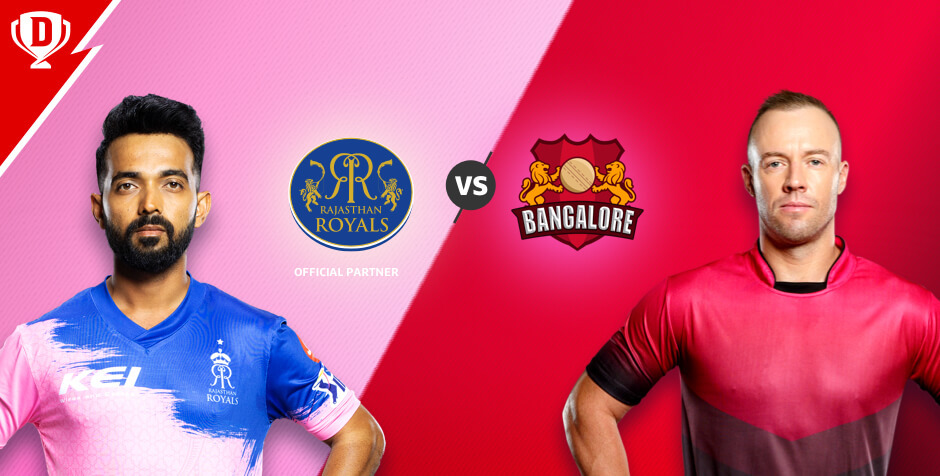 Rajasthan Royals vs Royal Challengers Bangalore - A must watch match

A clash between two underdogs is a game everyone loves and the Royal Challengers Bangalore vs Rajasthan Royals match is exactly that kind of game. The two teams have enjoyed reasonable success in the IPL. Of the two teams, the Rajasthan Royals squad has a championship title to their name, but that was in the first ever IPL season. Since then, the RR team failed to follow up that success. However, over the last decade, they have managed to put together some satisfactory performances but rarely came close to taking a shot at the title. Whereas, the Royal Challengers Bangalore have always had a bitter end to their campaigns. As runners up on three occasions, they have struggled to get their hands on the championship title despite coming so close. Hence, it is right to call the Rajasthan Royals vs Royal Challengers Bangalore match to be one between underdogs.

The 2020 auctions saw many teams making major changes to their lineups. The RR squad picked up multiple new cricket players while RCB also strengthens their squad. So let us take a closer look at the two teams and see what’s in store from the RCB vs RR scorecard.

Top 3 Players of RR vs RCB to watch out:

Both teams bring in many new faces and that will shuffle the batting order as well as bring in a new bowling attack. The fielding performance also will be improved with the introduction of certain all-rounders. So, let us have a look at players who can make a difference during Rajasthan Royals vs Royal Challengers Bangalore matches.

The Rajasthan Royals vs Royal Challengers Bangalore match will be a thrilling contest between two teams that will come all guns blazing to get this victory in the bag. So, do not miss the RCB vs RR live score this season.

With both teams so strong, it’s hard to predict who will dictate the RCB vs RR scorecard. So let others think about it, while you get your slice of action this season by participating in the fantasy IPL matches on Dream11. Dream11 lets you play the role of team manager and score some cool winnings, thanks to various cash and mega contests. So before you watch the RCB vs RR live score, create your own fantasy team on Dream11. If you wish to hone your skills before hitting the contests, try your hand at various practice matches to sharpen your strategy skills. So, come and dive into the coolest fantasy cricket experience with Dream11.