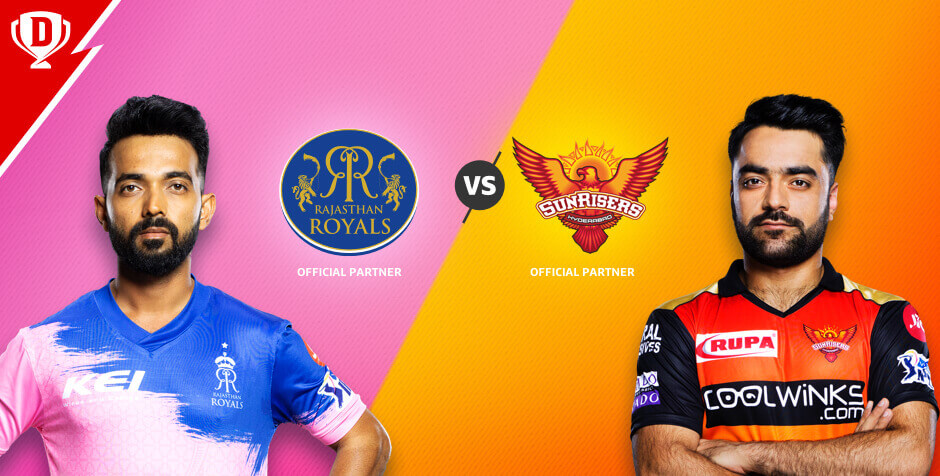 Rajasthan Royals vs Sunrisers Hyderabad - A match set to thrill

Consistency is the mark of a champion and the teams that maintain a supreme level of play are the ones with the best shot at winning the title. The Sunrisers Hyderabad vs Rajasthan Royals match is one such clash between two champions of the IPL. On one side we have the Rajasthan Royals, a team that is best known as the first champions of the IPL. Then, there is Sunrisers Hyderabad which is among the youngest teams in the IPL and has built up a fantastic record over the last seven seasons.

The RR vs SRH team setup may seem similar on the surface, and both teams have a line up of top performing athletes. But the lack of big names seems to be a common factor for both teams. The SRH vs RR scorecard will be decided after an enthralling duel between both teams. So let us have a closer look at what the SRH vs RR live score could look like.

Players to watch out for - Rajasthan Royals vs Sunrisers Hyderabad:

Players to watch out for - Rajasthan Royals vs Sunrisers Hyderabad:

The RR vs SRH team head-to-head is a tight battle with both teams almost balanced out. The Sunrisers Hyderabad are riding a wave of confidence that translates to positive team morale and a drive to win. So, let us have a look at some of the best players to watch out for during Rajasthan Royals vs Sunrisers Hyderabad matches:

The Rajasthan Royals have tried to turn around their results in the last few years and this has brought them to the top five spots in the 2018 Season. The new squad could push them higher on the leaderboard and possibly in contention for the title this year. The Sunrisers Hyderabad will look to maintain their immaculate form from last year and push to do better.

Live the action of IPL with Dream11:

If you’re a master of cricket strategies and have an eye for performance among cricket players, then head over to Dream11 for the coolest online sports fantasy experience. Dream11 lets you create your own fantasy team so you can have your own fantasy cricket contests while exciting matches like RR vs SRH take place. So, follow the IPL schedule and create your team by selecting the key players before every match, Following which, save your team before every game and sit back and enjoy the SRH vs RR live score. You can sharpen your skills with a variety of contests and also score some cool winnings as you get better. So, go ahead and get started on the Dream11 website and mobile app today!