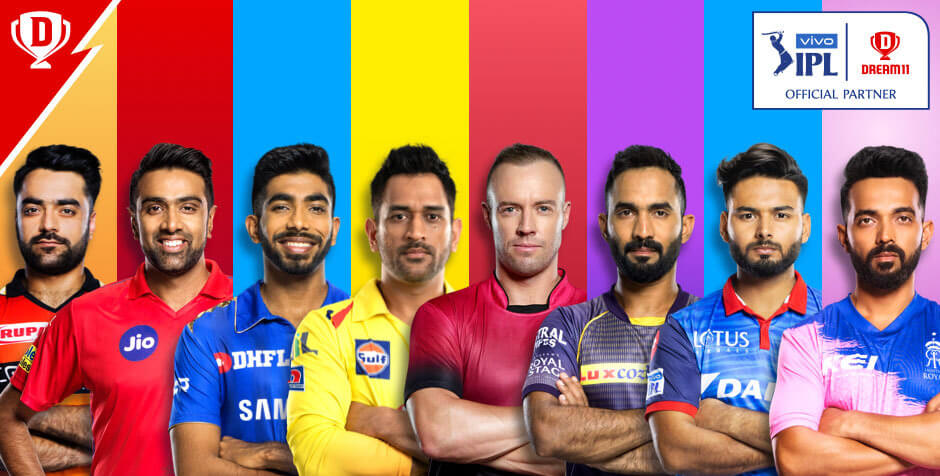 Get set to soak in the ultimate cricket thrill this March as the world gets ready for the 12th edition of the Indian Premier League. As the nation gears up to host this glamourous cricket event, we take a closer look at all the excitement and prospective battles that lie ahead. While the usual suspects are always at their best, we expect to see some new names shine and win us over with their raw skill and talents. Every IPL match is different and almost never was a predictable winner on the IPL schedule. In a sport where venues can make a big difference, the IPL schedule is twice as exciting to watch a team play at their home game and snatch a win from the giants of the tournament.

The 2019 edition of the tournament will see the classic IPL table of the original entrants of the league, Sunrisers Hyderabad being the latest addition to the list after their debut in 2013. So, delve into the strengths of the eight playing teams and their top players.

The quest to be the greatest is always up for grabs with the start of a new season. Looking at the past, the Chennai Super Kings have an almost perfect record that remains unbeaten to this day, and the Mumbai Indians are slowly trying to break these records. On the other hand, the 2019 season is also expected to bring up some new and exciting duels as the competition gets closer. So, expect to see sparks fly at matches such as CSK vs RCB, MI vs CSK, RR vs DC and KKR vs MI.

If you’re a die-hard fan of cricket then here is your chance to enjoy the game and score some winnings while you’re at it. Dream11 gives you the opportunity to pick your IPL fantasy team before each match to help you build your score as the tournament progresses. Put your sports strategy skills to the test and participate in the most engaged fantasy cricket platform. So, get started on Dream11 today and follow the IPL live match scores to help you stay at the top of your game.