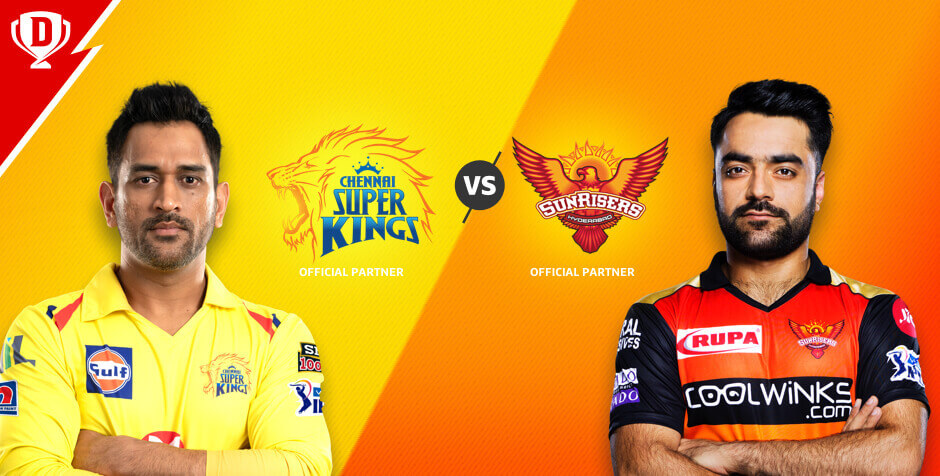 The Sunrisers Hyderabad have asserted their presence in the IPL with style. This fast-rising squad of underdogs has given a hard time to some of the best teams in the IPL. Standing between them and their second title is the mighty Chennai Super Kings. The CSK vs SRH scorecard of 2018 saw a battle of grand proportions. The Chennai Super Kings snatched away victory from the SRH to tie with the Mumbai Indians at three championships each.

Starting this season strong will be vital for the SRH if they want to keep their good record going. The lineup has been fine-tuned to increase performance while the CSK squad made minor changes. So let us have a closer look at the two teams to see what to expect from the Sunrisers Hyderabad vs Chennai Super Kings matches in future.

The Chennai Super Kings squad is packed with powerful performers who are always at the top of their game. Similarly, the Sunrisers Hyderabad team is a well-balanced unit. CSK vs SRH matches hold great promise of entertainment as players from both teams are closely matched in terms of skill and experience. Here are some of the most promising ones:

It will be interesting to see the Chennai Super Kings vs Sunrisers Hyderabad clash in the semis or the finals. With such strong teams, Chennai Super Kings vs Sunrisers Hyderabad matches show incredible potential of sporting excitement this IPL season. So, don’t miss this chance to see your favourite CSK stars go up against the fiery SRH squad in upcoming IPL SRH vs CSK games.

Join the excitement of the Indian Premier League with Dream11

Watching a rematch of the finals is always exciting, and if you’re a loyal fan of cricket then here is your chance to have your own fantasy cricket team. On Dream11, select your key players and grab the chance to create your team before every match. By forming a good team, you stand a chance to score many points and cool winnings at the end of every match. Dream11 also helps you sharpen your strategy skill with a variety of free contests and mega contests. So, go ahead and invite your best buddies to a challenge or play solo to climb up the leaderboard on Dream11. An exciting fantasy cricket experience awaits you on the Dream11 website and fantasy app!