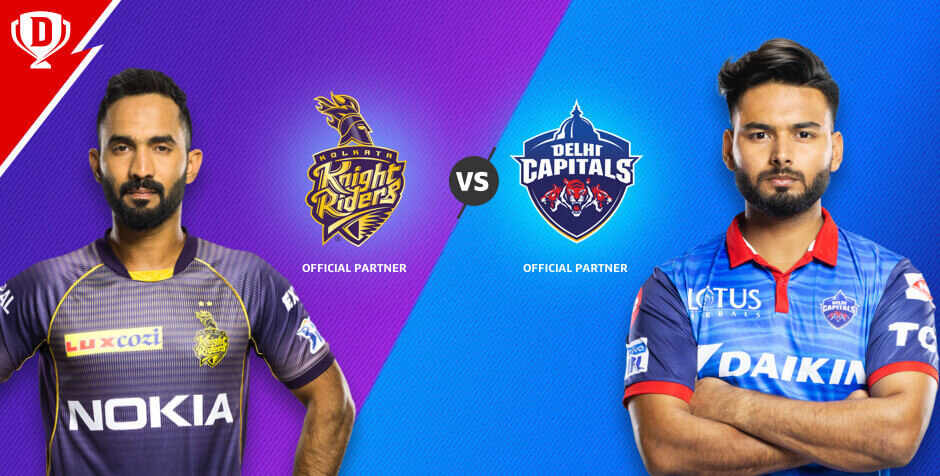 The storyline of the Kolkata Knight Riders and the Delhi Capitals is one of stark contrast. The Delhi Capitals (formerly Delhi Daredevils) were a team that started off as a championship contender but then fizzled out quickly after the initial years of the IPL. The KKR were plagued by low performances in the early years of the IPL but revived their fortune by winning two championship titles and putting together a string of strong finishes in the last few years. The 2020 Kolkata Knight Riders vs Delhi Capitals scoreboard looks to tell a similar story of what has always been but matches are not fought on paper and anything could happen on the field.

Top 3 Players of KKR vs DC:

The KKR enter 2020 with an average fifth place finish from last season, whereas the Delhi Capitals return after a good third place finish in 2019. It is to be seen how the following players would be useful to their respective teams.

The Kolkata Knight Riders vs Delhi Capitals live score will be dictated by the batsmen but the incredible list of bowlers in the two teams will surely bring in the fireworks. So, expect to see some highly entertaining cricket from the KKR vs DC match.

Coming into 2020, almost all teams have a fighting chance to go deep in the tournament. The Delhi Capitals look set to finish higher on the leaderboard this season and it will be interesting to see this happen. If you’re a fan of sports strategy, Dream11 lets you participate in the high octane battles of the IPL with your own fantasy team. Get started on the official website or the fantasy app, select your set of key players to make your team and stand a chance to score some cool winnings. You could also sharpen your team building skills with a wide range of practice matches and mega contests on Dream11. So, come and enjoy the coolest online fantasy cricket experience with Dream11 today!