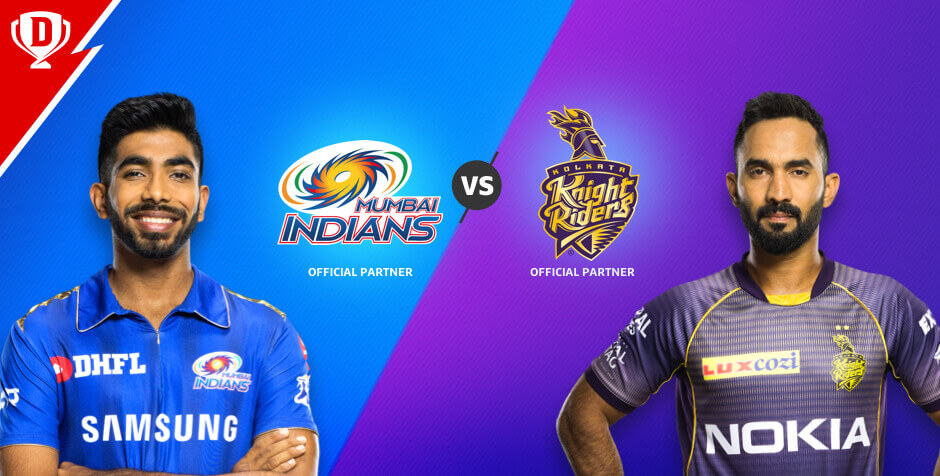 The Mumbai Indians vs Kolkata Knight Riders match is a battle of two grand champions of the sport. The spirited teams have never failed to show their hunger for the title and will give it their all to seize victory. The Kolkata Knight Riders vs Mumbai Indians head to head is a strong one-sided dominance by the Mumbai Indians. The Mumbai squad is a bunch of high performing athletes making every match a preparation for the final. With various star players and a lineup of powerful batsmen and bowlers, the MI is the team to beat. On the other hand, the KKR squad sees the inclusion of some big international names and some talented uncapped players.

The two teams came out of the 2020 auctions with rather different takeaways. The KKR refreshed their lineup by bringing in a variety of specialized players. On the other hand, Mumbai Indians made some last-minute buys but were keen on retaining most of their existing players. So, on that note, let us take a closer look at which team has the advantage this season.

Top 3 Players of MI vs KKR to watch out:

Coming into the KKR vs MI match, we see that both teams have promise but the players need to perform consistently. Here are some of the key players that we need to watch out from both teams.

With such popular names playing for both the teams, Mumbai Indians vs Kolkata Knight Riders live score will be one to watch this IPL season. Bringing in a mix of experienced and budding players, one can surely expect some big numbers on the MI vs KKR scorecard.

If you’re a big fan of the IPL, then here is your chance to step into the role of team manager. Enjoy the most immersive fantasy cricket experience with Dream11 this season. By applying your in-depth knowledge of the sport, select your cricket players before every match and enjoy some cool winnings in the process. If you wish to sharpen your team strategy skills, you can do so with practice matches on the platform. So invite your friends to a friendly challenge or compete with the best players for big prizes on Dream11. So why just follow the MI vs KKR live score on TV, when you can play those matches on Dream11 fantasy cricket app. Log in for an incredible fantasy cricket experience now.