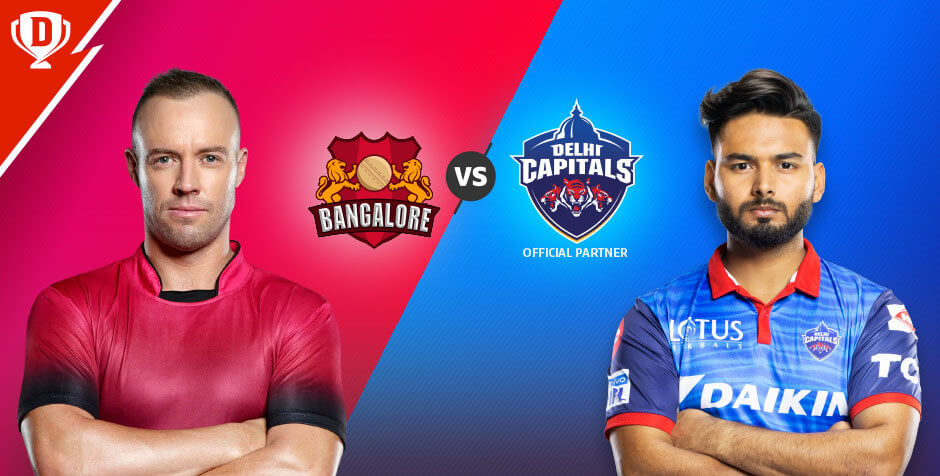 Top 3 Players of RCB vs DC to watch out:

A true T20 cricket fan would be taken with the crackling DC vs RCB rivalry and learn as much as they could about it. Here are a few facts to satisfy your curiosity about the Royal Challengers Bangalore vs Delhi Capitals clashes:

Dream11 lets you turn your love for T20 cricket into so much more with its fun, exciting fantasy cricket contests. All you have to do is to pick your dream team on the eve of an RCB vs DC match. The Royal Challengers Bangalore vs Delhi Capitals live score will then determine if you win big cash prizes from us. If you would much rather practise before playing for money, you can opt for the cashless practice contests to better your fantasy-cricket-playing skills. With such varied options, stay engaged anywhere, anytime with Dream11 – login to our website or mobile app now!