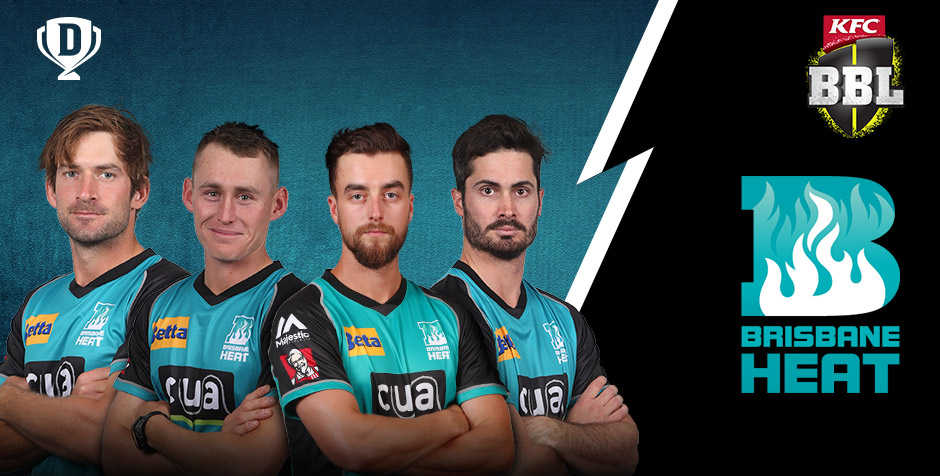 The Big Bash League is an explosive domestic Twenty-20 cricket tournament of Australia. The tournament sees as eight teams play against each other, in a format similar to India’s IPL. Beginning in 2011, Big Bash League or BBL has had eight seasons so far, with the ninth instalment currently underway. Till date, five out of the eight playing teams have taken home the tournament title.

The Brisbane Heat are one of the top teams of the Big Bash League. In the past, they have won season two and been the semi-finalists in season six of the tournament. Former Australian cricket all-rounder and captain, Darren Lehmann is the Brisbane Heat’s coach. Matthew Hayden’s company, The Hayden Way, is on the team’s board, making it one of the Brisbane Heat owners. The Brisbane Heat squad consists of many players with an international cap, including Joe Burns, Chris Lynn, Matt Renshaw, Ben Cutting and others. There is also a competitive Brisbane Heat women’s team with popular players like Haidee Birkett, Grace Harris, Beth Mooney, and others.

All Brisbane Heat matches are filled with high-octane action that will have you sitting through the entire game without a break! Read on to know more about the Brisbane Heat players – their strengths and best performances:

On Dream11, you have the opportunity to win big by following Brisbane Heat fixtures and creating fantasy teams on the basis of that information. Here’s how you go about it:

An official partner of the Big Bash League, you can play matches from the league in an engaging fantasy cricket experience with many options to choose from. So, go ahead and be a part of numerous fantastic fantasy cricket matches on Dream11.