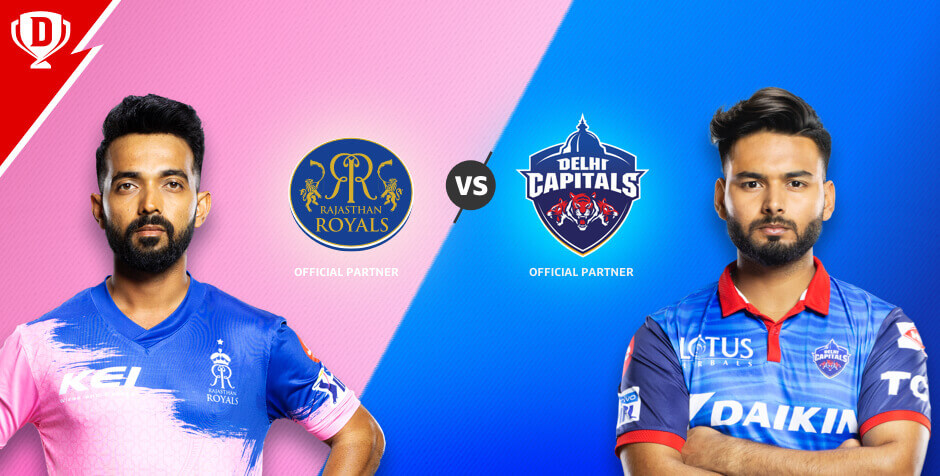 IPL is a melting pot for cricket rivalries. The interstate battles are a whole lot exciting when they come together on the pitch. As past champions, the Rajasthan Royals know what it takes to win the IPL title. On the other hand, Delhi Capitals (formerly Delhi Daredevils) were a strong team when they started out but over the years have drastically slid down the leaderboard, making Rajasthan Royals vs Delhi Daredevils an exciting experience. Comparing the Rajasthan Royals vs Delhi Capitals head to head, we see that the RR squad has a clear edge in these numbers on paper.

Both teams are desperately looking to renew the grand form of their glory days and have tirelessly worked to change their strategy and their lineups. So let us take a glimpse at the new names and retained players to gauge what the Delhi Capitals vs Rajasthan Royals game has in store for us.

Rajasthan Royals finished the 2018 season in a respectable fourth place but it was a dismal year for the Delhi squad as they finished in a disappointing eighth place. Here are some interesting players who show promise for the upcoming IPL season:

Going by the scorecards of previous seasons, we see that both teams are fairly similar in setup. A well-balanced unit with batsmen, bowlers and a mix of all-rounders, this Rajasthan Royals vs Delhi Capitals clash will be a duel of classic T20 Cricket.

The Rajasthan Royals vs Delhi Capitals has a brilliant mix of players will a variety of talents. If you love strategizing during matches like RR vs DC games, we’ve got the coolest fantasy cricket platform for you. So, step into the world of T20 cricket and take on the role of team manager. On Dream11, select your key players before every match and score some cool winnings with every game. Dream11 also lets you sharpen your strategy skills with a wide range of contests and mega contests. So, get started on the Dream11 mobile app or the official Dream11 website today!