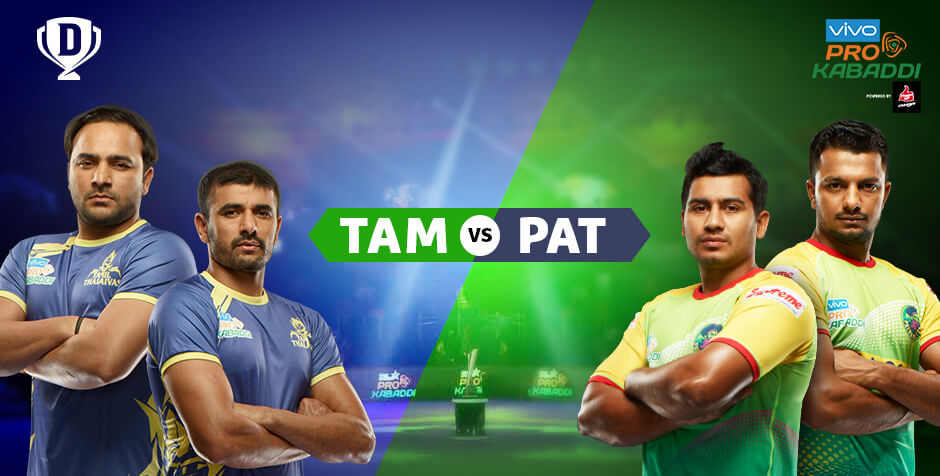 The Patna Pirates vs Tamil Thalaivas - A match to watch

Season seven is a mixed bag of options for all teams. The auction scattered some of the best players to new teams and this may cause a fault in the chemistry of tactics for teams who are used to a high performing duo. This kind of partnership was seen in season five between Patna skipper Pardeep Narwal and raider Monu Goyat, who has now made the move to the UP Yoddha.

Everything you need to know - Patna Pirates vs Tamil Thalaivas

Before you watch the Tamil Thalaivas vs Patna Pirates live match, let’s dive into the details of key players in both teams to pick out the ones who will make all the difference in this match.

Amplify the excitement of PKL with Dream11

Season seven of the PKL just got better as Dream11 lets you have a share of the highly engaging Kabaddi matches with your own Tamil Thalaivas vs Patna Pirates Dream11 team. Play for fun or invite your friends to find out who is the best at sports strategy. Before every game, make your picks of raiders, defenders and all-rounders and get set to be rewarded. With a good team in place, you stand the chance to win incredible winnings in various cash and mega contests online. So, get ready to be enthralled in the world of fantasy kabaddi with Dream11 today.