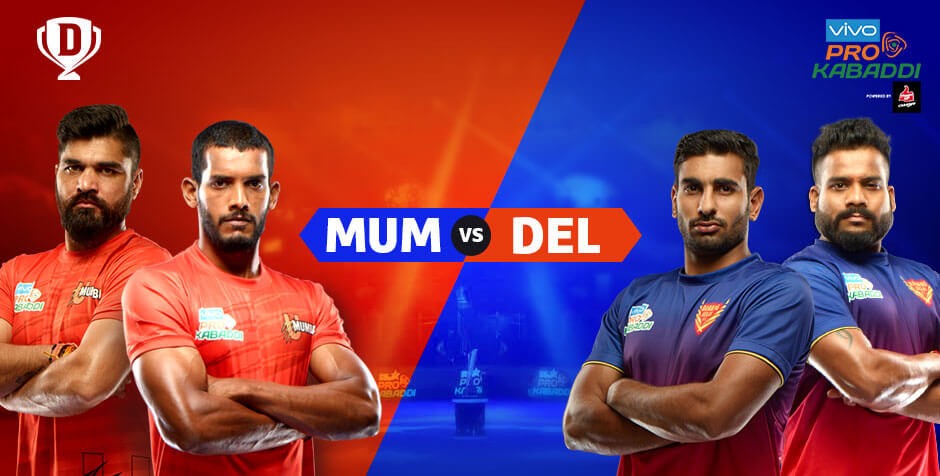 U Mumba Vs Dabang Delhi Schedule 2019

If you are a U Mumba or Dabang Delhi fan, then you are in for a treat at Dream11, in PKL season seven. Witness the next level of nail-biting kabaddi action with Dabang Delhi vs U Mumba live scores and a breakdown of every player’s moves. Dream11 is the perfect platform not only to hone your kabaddi skills but also meet millions of fans enjoying U Mumba vs Dabang Delhi matches. Not just that, Dream11 let you put together a fantasy team and play in practice and cash matches to sharpen your kabaddi skills. So, come conquer your sporting dreams with Dream11 today!

Glimpse into past U Mumba vs Dabang Delhi Matches

Some follow U Mumba vs Dabang Delhi matches closely out of passion. On the other hand, others intend to learn more about kabaddi to play better in cash contests on Dream11. Either way, it pays to know more about your favourite teams. Here is a rundown of the two kabaddi titans for both fans who are already in the know as well as amateur kabaddi enthusiasts:

At Dream11, we keep you updated of all the U Mumba vs Dabang Delhi results. At the same time, we also provide you with a regular and updated breakdown of every player’s moves. You also stand a chance to win big money by selecting an upcoming U Mumba vs Dabang Delhi Dream11 match. All you have to do is handpick your fantasy team and head for gaming glory in practice and cash matches. Here are some other things you can expect from Dream11:

Get your dose of the Dabang Delhi vs U Mumba match action with Dream11 and show off your kabaddi knowledge to friends and family alike.