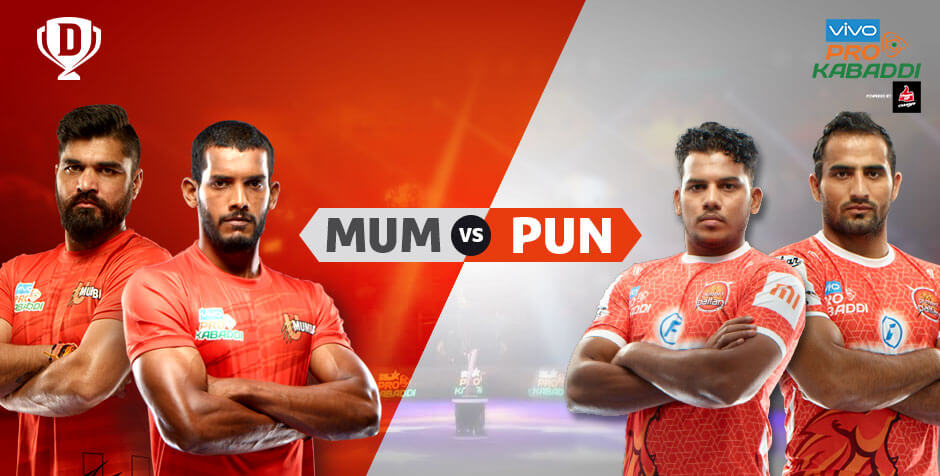 U Mumba vs Puneri Paltan Schedule 2019

U Mumba vs Puneri Paltan - The Maratha Clash

Arguably the most exciting intercity clash, U Mumba vs Puneri Paltan is a rivalry that will always be special. In terms of strengths, both teams are full of potential and talent. U Mumba has enjoyed success at the PKL as champions of 2015 and runner-up in three other seasons. This shows their hunger for victory and the impressive consistency to win. Whereas Puneri Paltan has often cruised through the earlier rounds, only face to defeat in the later stages. For example, team Pune has finished two seasons in third place.

Facts you need to know - U Mumba vs Puneri Paltan

As the battle for the top prize continues in season seven; both teams are looking stronger than ever. So, let us dive into the team lineup to spot the key players with the potential to dazzle with their skills in epic Puneri Paltan vs U Mumba matches.

So, expect the U Mumba vs Puneri Paltan score to be a roller coaster ride with many surprises till the final whistle.

Catch your favourite matches all through the PKL season live on TV and turn up the excitement with your very own team selection on Dream11. Put your sports strategy skills to the test and go up against the best when you participate in the various contests and mega contests on Dream11. Get started by picking your set of raiders, defenders and all-rounders for U Mumba vs Puneri Paltan Dream11 games among others. A strong team that performs will ensure great winnings after U Mumba vs Puneri Paltan results is declared. So, join in the fun today by logging in on the official mobile app or the Dream11 website.