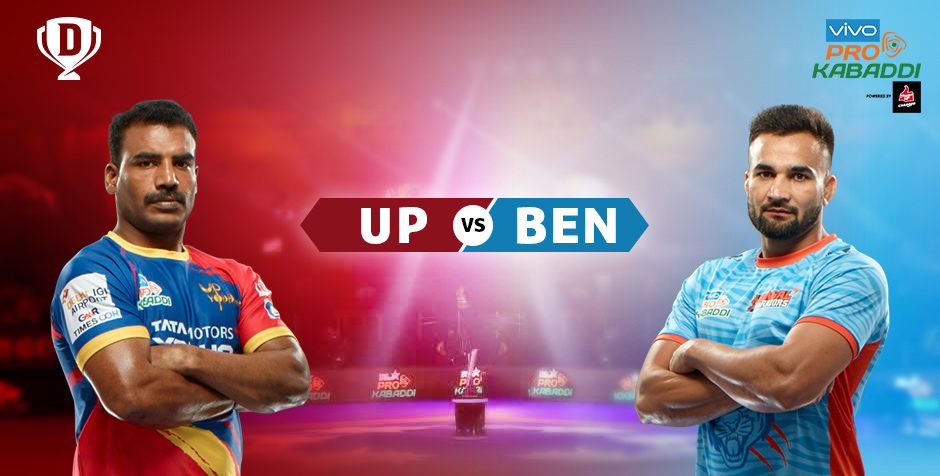 UP Yoddha Vs Bengal Warriors Schedule 2019

The Bengal Warriors vs Dabang Delhi match is an awaited event in PKL as well as an exciting clash of fan bases. The north and the east come together to battle for the prestigious PKL title. But this certainly means more than just a trophy, the simple win over the other provides contention for fan bragging rights.

The Dabang Delhi team has retained its key players and brought in some new talents. One prominent example would be raider Meraj Sheykh, who was retained for his exceptional raiding capabilities. Just like last season, the Bengal Warriors vs Dabang Delhi score will be dictated more by raid points. That is because both teams have highly successful raiders and a moderated defence setup. Here are some details about both teams that shall get you excited for their upcoming matches.

Get rewarded for your sports strategy skills, log on to the official Dream11 website or the Dream11 mobile app to experience the sport as a team owner. If you have got a keen eye for performers, pick out your top defenders, all-rounder and raiders before every match and duel with the best sports minds of the nation. Level up your skills by participating in the contests, and mega contests for Bengal Warriors vs Dabang Delhi Dream11 matches among others. Such participation will help sharpen your skills and challenge your abilities. Play solo or invite your friends to a friendly contest, create your team and hope for the Bengal Warriors vs Dabang Delhi result of your prediction. So in short, get started with Dream11 today!