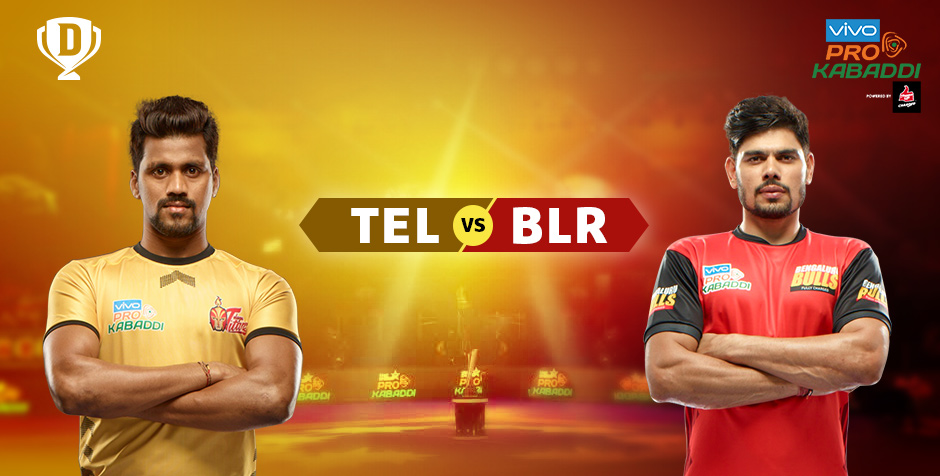 The Bengaluru Bulls always had a balanced mix of players and have been able to convert their package into the tournament win in the previous season. The Telugu Titans always come into a match with the fire to win, but luck seems to leave their side. But team Telugu have set out again in season seven with the goal to win the PKL. The Bengaluru Bulls too made some interesting signings, and the owners have put together a team of title contenders.

Telugu Titans vs Bengaluru Bulls - Stats you need to know

In 2018 - season six of the PKL the two teams battled thrice through the season. On all three occasions, the Telugu Titans vs Bengaluru Bulls match was a display of equal strengths. However, the Bengaluru Bulls managed to secure an edge on all the matches, thus winning them. So, let us look at their 2019 squads and find out the strengths and weakness of both teams for season seven of the PKL.

The Bengaluru Bulls has the lead in this season having won the previous one. But the Telugu team does not seem to be disheartened by the fact. Hence, season seven is expected to let this southern rivalry of Bengaluru Bulls vs Telugu Titans continue, and the new teams are sure to spice up the battles.

Get closer to the actions with Dream11

Dream11 lets you take charge of the fantastic Pro Kabbadi teams as a manager and successfully indulge in all parts of the team strategy. Select your team of raiders, all-rounders and defenders before every match and stand a chance to win rewards for your selections during Telugu Titans vs Bengaluru Bulls Dream11 matches. Your sports strategy skills will be put to the test against the best in various contests on the platform. So, get started on the official Dream11 website or download the official mobile app and join in the fun.